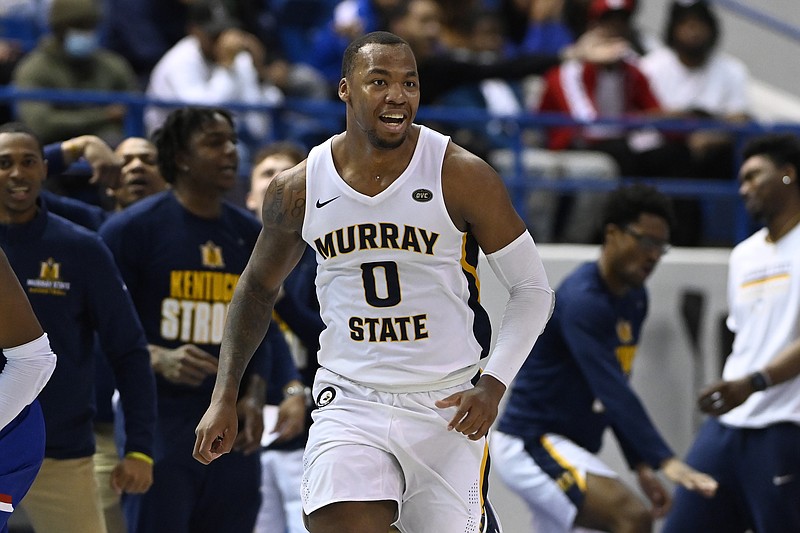 KJ Williams was playing a supporting role for Murray State a few years ago when Ja Morant posted a triple-double while leading the Racers to an NCAA Tournament victory.

As the Racers return to March Madness this week, Williams has matured into one of the team’s star attractions.

Murray State (30-2) carries a 20-game winning streak into its first-round game against San Francisco (24-9) on Thursday at Indianapolis. The Racers owe much of their success to Williams, the Ohio Valley Conference player of the year.

“With me coming in my freshman year, I think I averaged 7 and 6 (his actual averages were 7.6 points and 4.7 rebounds per game),” Williams said. “I just took that to another level and just got my game better throughout the years. I just wanted to show that I can score at all levels, that I can do what I can do.”

Now he gets to make his long-awaited return to the tournament.

As a freshman playing alongside Morant, Williams shot 8 of 10 and scored 16 points as Murray State trounced Marquette 83-64 in a first-round game. Williams was held scoreless in the next round as Murray State lost 90-62 to Florida State.

The Racers are counting on the tournament experience of Williams and Tevin Brown to help guide them this week. Brown scored 19 points in that 2019 victory over Marquette.

“We have two players in KJ Williams and Tevin Brown who’ve won a lot of games, won a lot of championships, won a game in the NCAA Tournament, have performed at a really high level in the NCAA Tournament,” Murray State coach Matt McMahon said. “Those two guys scored 35 points in our first-round win back in 2019. I expect them to show great leadership toward our other players who may or may not have played in that tournament.”

Morant, now an All-Star guard with the Memphis Grizzlies, will be keeping tabs on them. Williams said a congratulatory text recently arrived from his former teammate.

“He texts us telling us, ‘Good job, way to get the job done,’ and telling us to look forward to March Madness,” Williams said.

Williams is one of several notable players from one-bid conferences who could make an impact on this NCAA Tournament. Here are six others:

Allen’s college career has taken him to West Virginia, Wichita State, Western Nebraska Community College and Nebraska. The 6-6 guard finally found a home at New Mexico State, where he was named the Western Athletic Conference player of the year. He averages 19.3 points, 6.9 rebounds and 2.7 assists.

Anosike is making the most of his opportunity at Cal State Fullerton after previously playing at Sacred Heart and Tennessee. The 6-7 senior forward averages 16.5 points and 8.3 rebounds to lead the Titans in both categories. He averaged 18 points and 13.7 rebounds in three Big West Tournament games. He’s the younger brother of Nicky Anosike, who played on Tennessee’s 2007 and 2008 women’s basketball national championship teams.

Davis is a two-time America East Conference player of the year who is averaging 17.2 points and 5.7 rebounds. The 6-foot-8 senior forward is making 59% of his shots. He scored 20 points as Vermont trounced Maryland-Baltimore County 82-43 in the America East final.

Scheierman has helped South Dakota State win 21 straight games, the longest active streak of any Division I team. The 6-6 sophomore is the Summit League player of the year. He leads the Summit League in assists (4.6) and is ranked second in rebounds (7.8) and fifth in scoring (16.2).

Smith is Chattanooga’s first Southern Conference player of the year since 1997, when Johnny Taylor led the Mocs to a Sweet 16 berth. He averages 20.1 points to rank 18th among all Division I players. The Wright State transfer also gets 6.7 rebounds and 3.1 assists per game. He averaged 16.8 points, 8.8 rebounds and 3.3 assists for Chattanooga last season.

Walker, the Conference USA player of the year, leads the league and ranks 14th nationally in scoring (20.2). He ranks third in Conference USA in assists (4.9). He scored 27 points to help UAB beat Louisiana Tech 82-73 in the Conference USA Tournament championship game. The 5-11 junior guard previously played at Seton Hall and Tulane. 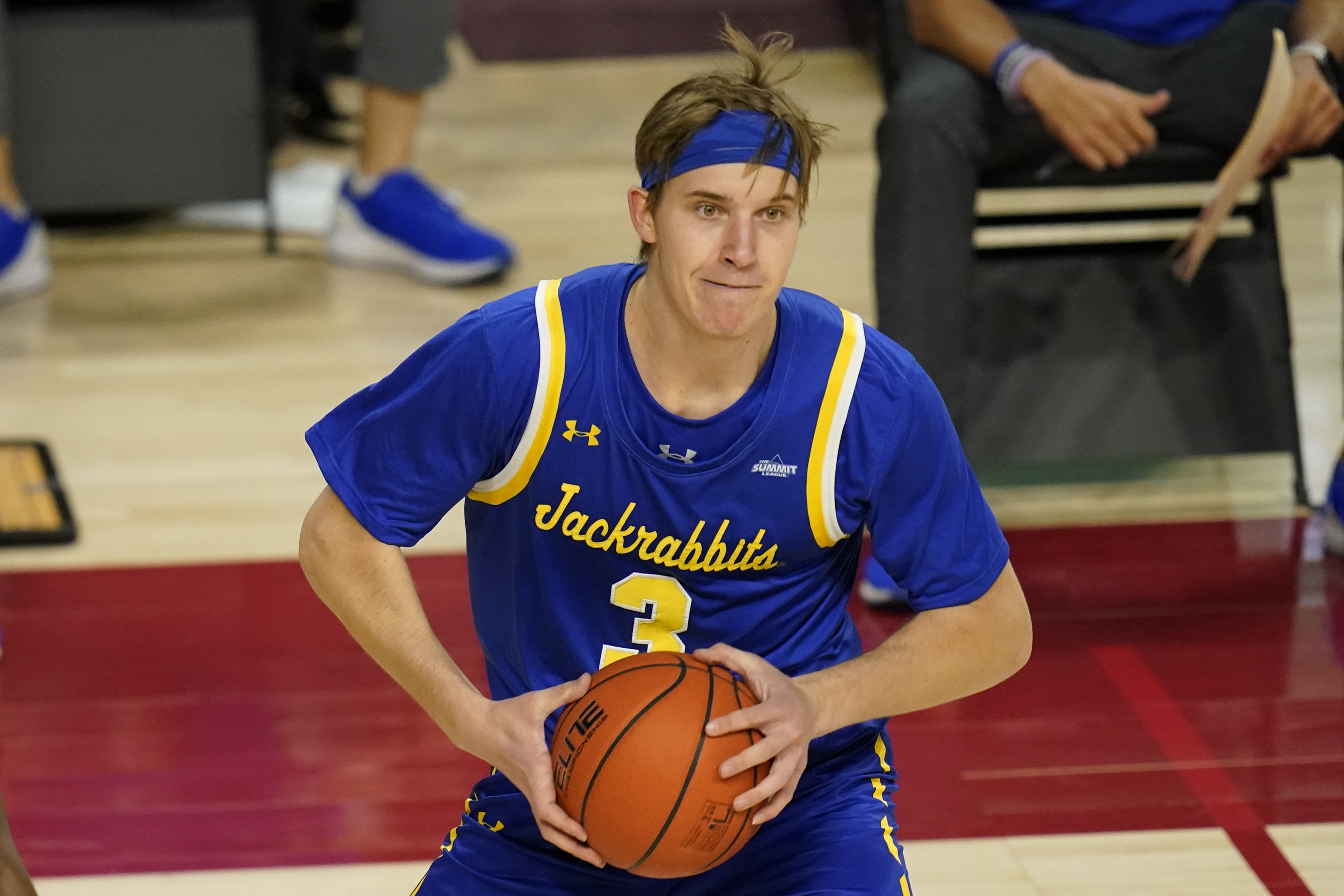 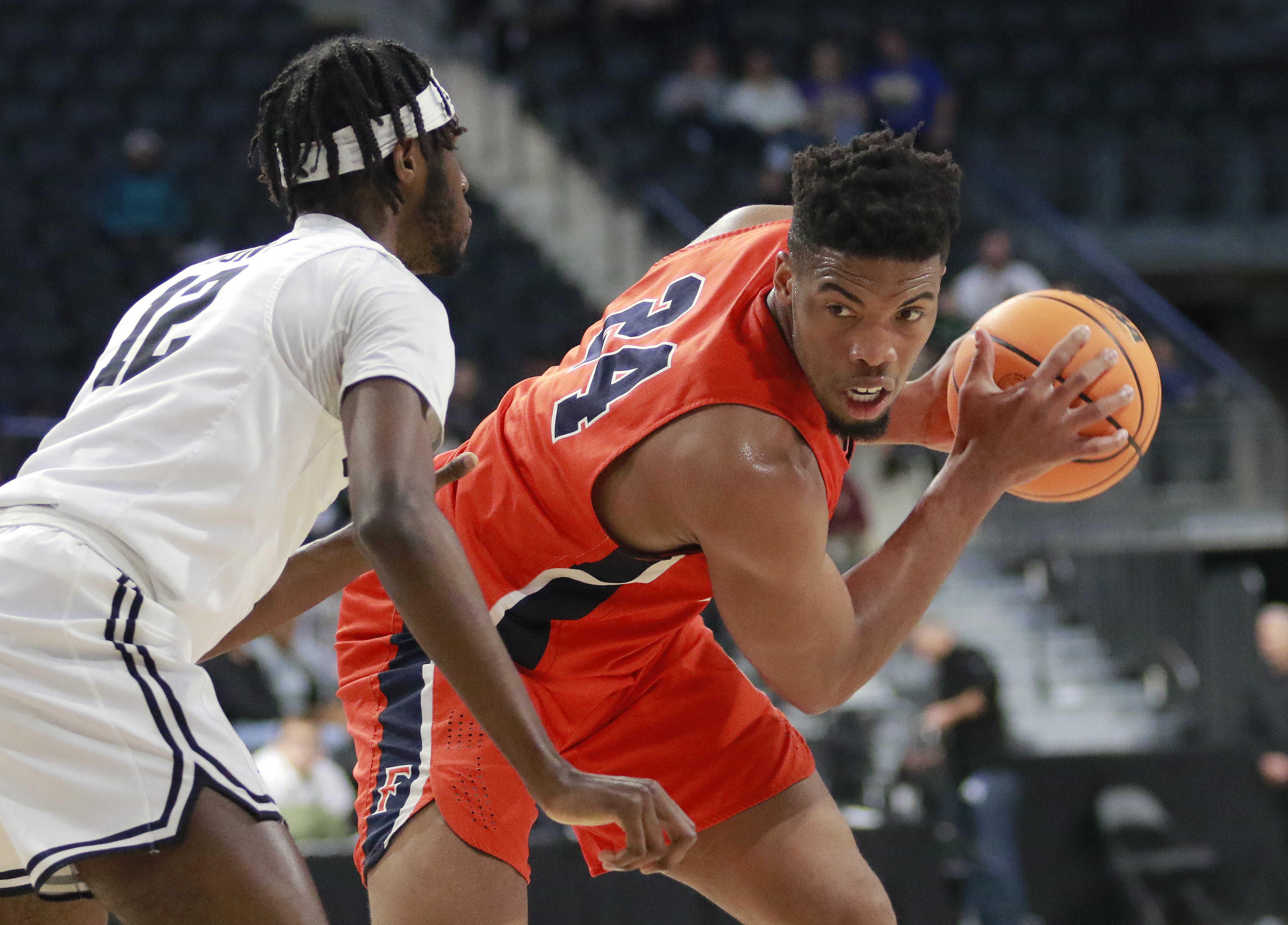 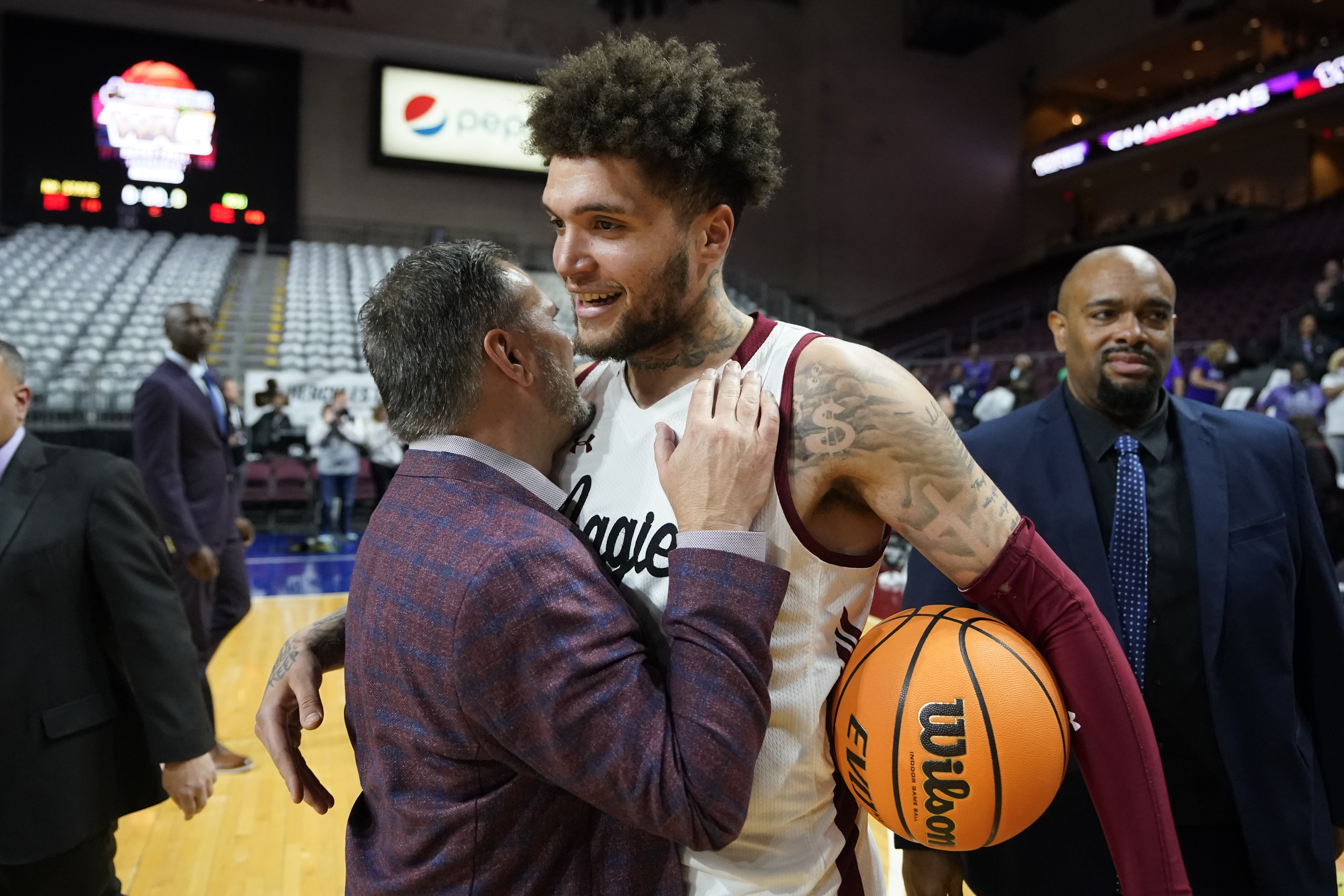 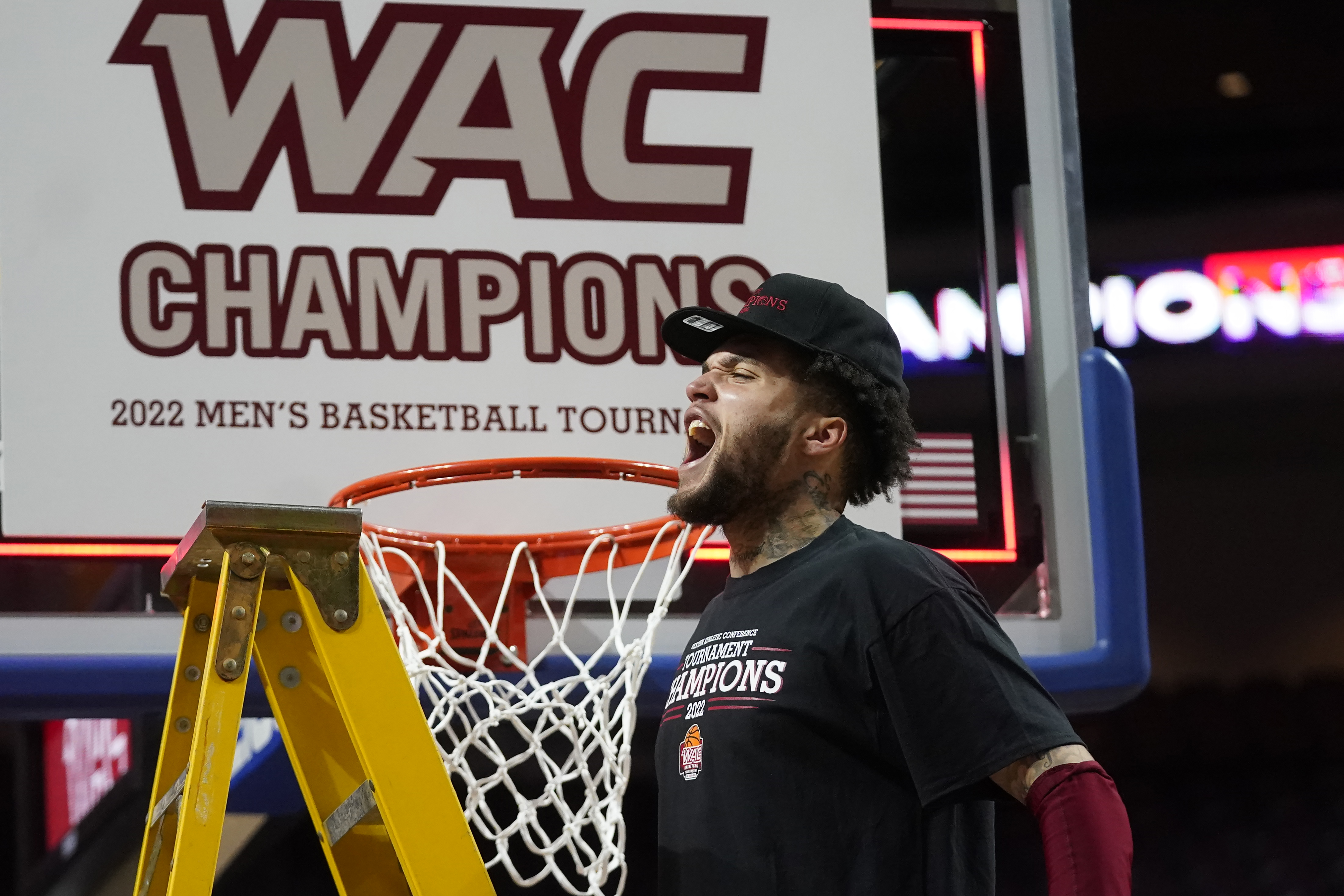 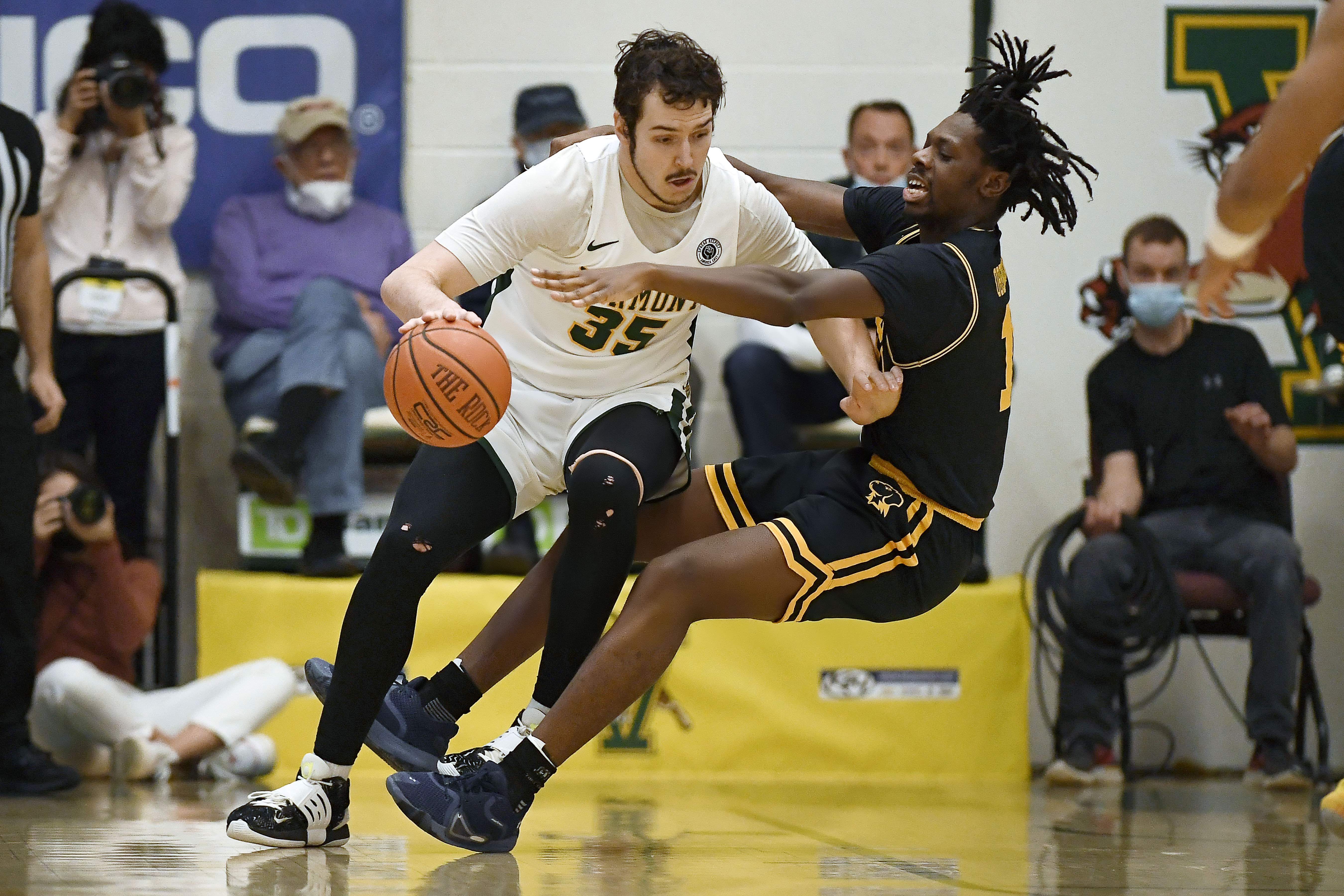 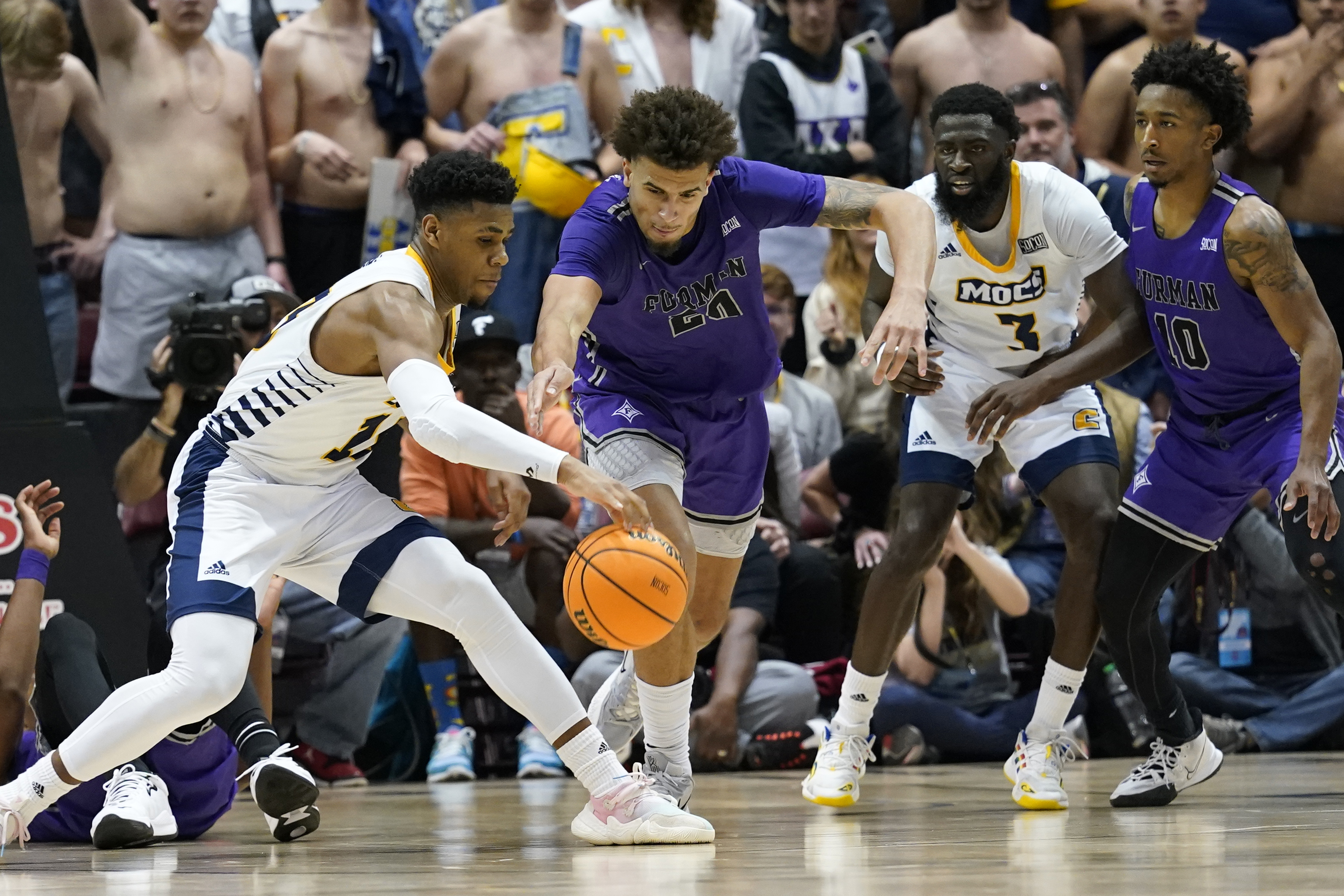 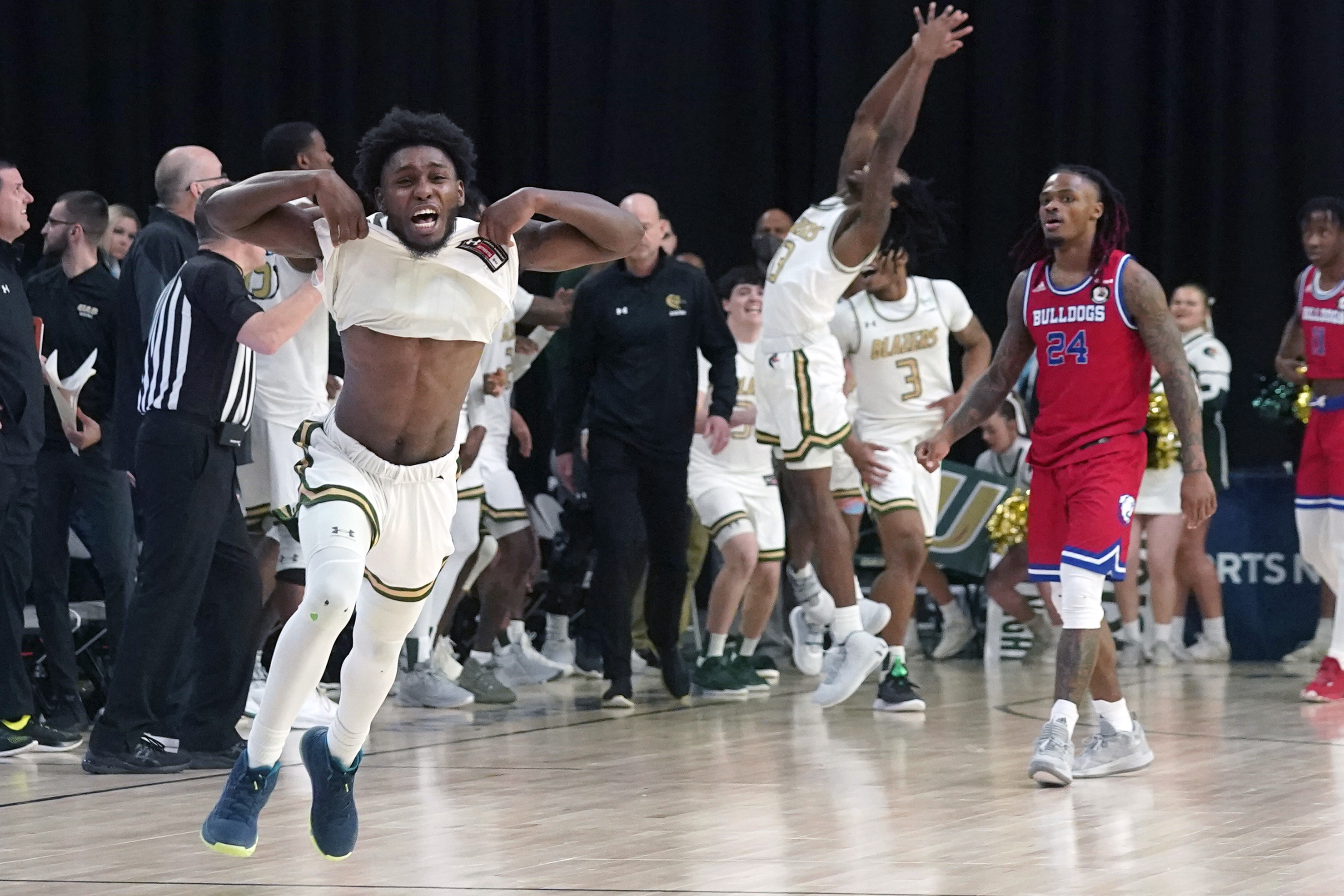 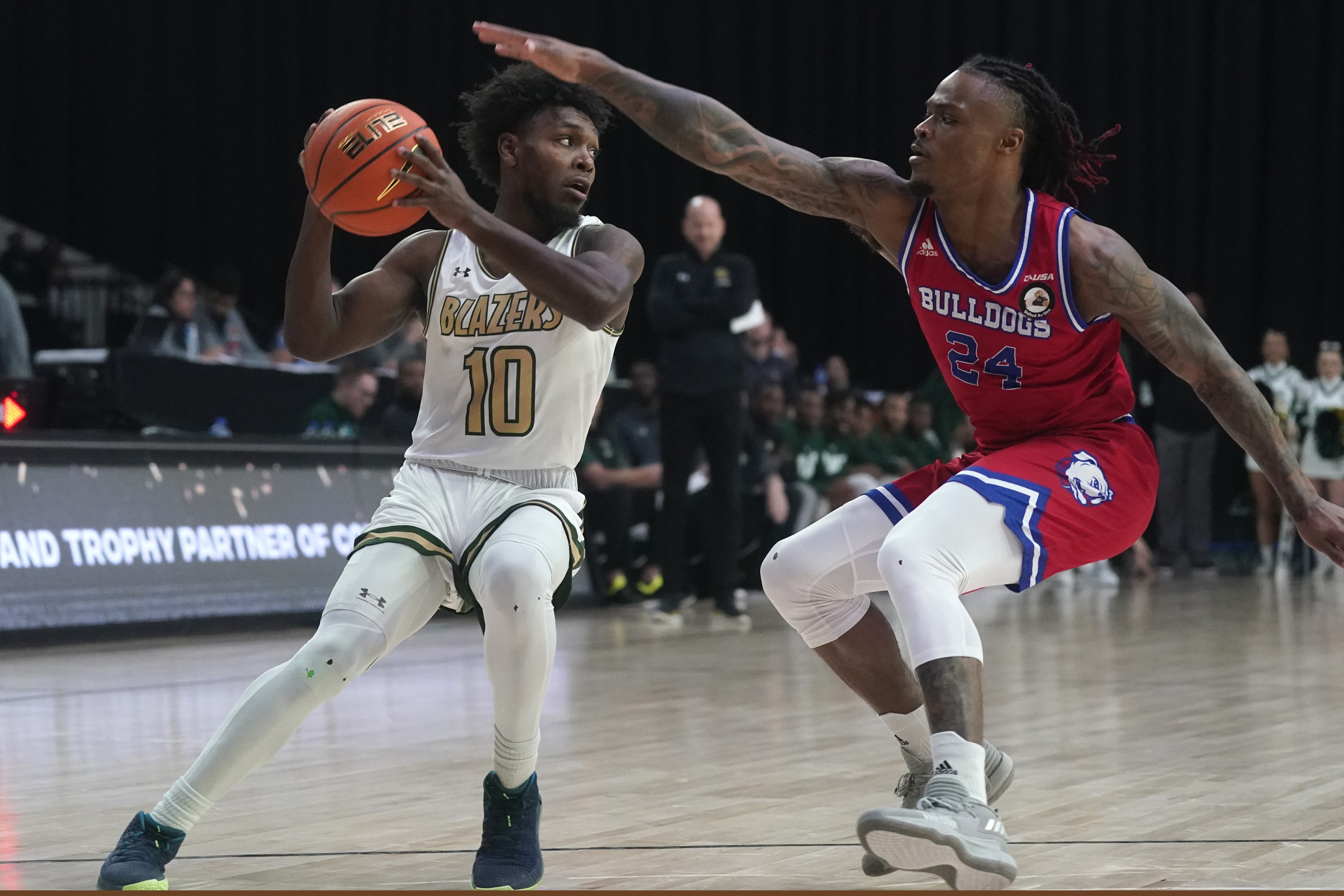 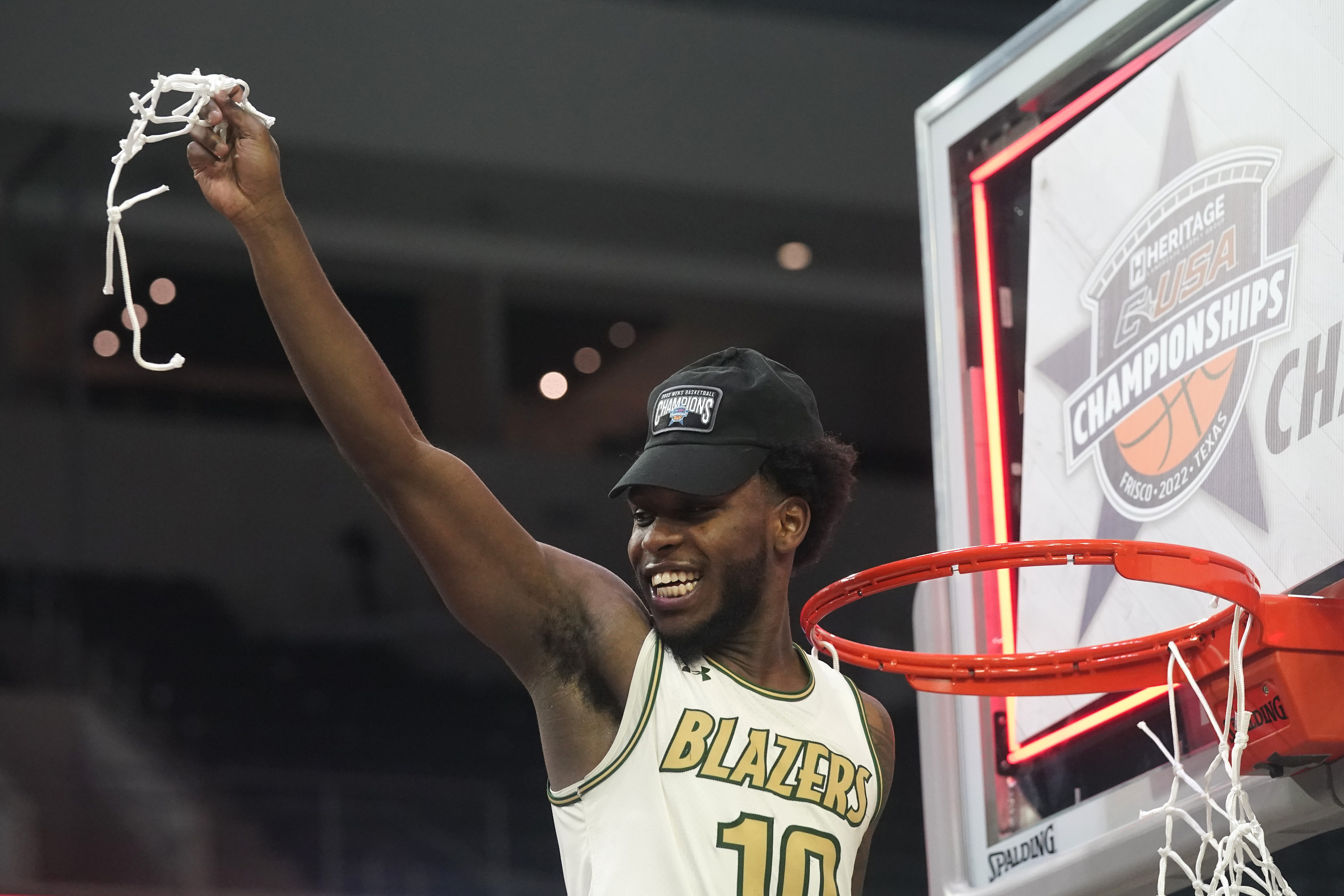 UAB guard Jordan Walker (10) holds up a piece of net after the team’s win over Louisiana Tech in an NCAA college basketball game for the championship of the Conference USA men’s tournament in Frisco, Texas, Saturday, March 12, 2022. UAB won 82-73. (AP Photo/LM Otero)