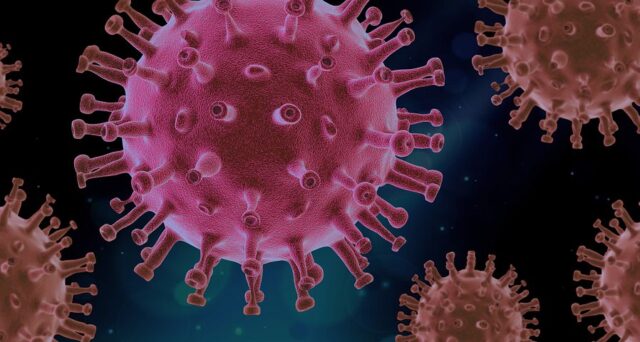 EAST TEXAS – The rate of COVID-19 cases continues to fall and, in an article published by CNN on Friday March 25, it was stated, “COVID-19 cases in the United States have fallen more than 95% from their peak in January, and on Friday, Hawaii will become the last state to roll back its indoor mask mandate. Testing has slowed, and states are scaling back on reporting surveillance data, too.”

Experts caution, however, the tracking of new COVID-19 cases is still important.

“With an infection that can rapidly spread, where we are today in the data isn’t necessarily going to be reflective of how bad it’s going to be tomorrow or the day after,” Michael LeVasseur, professor of epidemiology and biostatistics at Drexel University’s School of Public Health said. “There could be many, many more people who are infectious that you can encounter that you’re not seeing in the data.”

Across the state of Texas, the Texas Department of State Health Services (TxDSHS) reported 969 (last Thursday 1,738) newly confirmed cases of COVID-19 along with 61 (last Thursday 109) related fatalities, on Thursday, March 10.

The first cases of COVID-19 were reported in Houston County on April 17, 2020, when it was learned three individuals had tested positive for the virus.

Meanwhile, in Anderson County, it was announced on Thursday, March 24 the county had a total of 120 active cases. There have also been 7,699 recoveries and 117 reported deaths. On March 17, there were 117 active cases and 117 deaths.

On Tuesday, March 31, 2020, it was reported Anderson County had its first confirmed case of the virus.

The Messenger first started tracking the spread of the virus in the East Texas area on Wednesday, March 25, 2020. At that time, TxDSHS reported 974 confirmed cases of the Coronavirus Disease and 12 deaths throughout the Lone Star State.

Also, on that Wednesday, the TxDSHS indicated 82 out of 254 counties in the state of Texas had at least one confirmed case of COVID-19. Of those counties – as of March 25, 2020 – the only county with a confirmed case of the Coronavirus bordering Houston or Anderson County was Walker County.

Moving to the national stage, according to the Centers for Disease Control and Prevention (CDC), along with the World Health Organization (WHO) and the Johns Hopkins Center for Systems Science and Engineering (CSSE), as of March 25, across the US there have been 79,894,015 confirmed cases of COVID-19 – an increase of 208,428 from March 18.

Will Johnson may be contacted via e-mail at wjohnson@messenger-news.com.