United Esports , the leading esports media and marketing organization, and the DFINITY Foundation the developers of the Internet Computer, announced today that independent game developers now have the opportunity to bring their dream game to life by applying to the first-ever game development competition series, with a $10 million funding pool, Achievement Unblocked . The revolutionary new series will be hosted by award-winning esports commentator Mitch “UberShouts” Leslie and is set to premiere in late 2022. 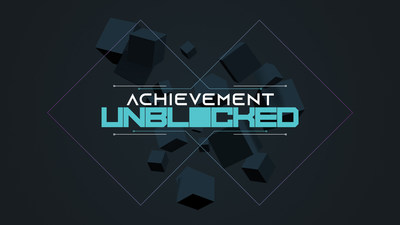 Achievement Unblocked was created to give developers at all levels the chance of a lifetime to take control of their destiny. The competition series will follow a pool of up to 100 selected participants and teams from all levels of experience in near-real-time, as they compete and navigate their way through the often challenging world of building a compelling new game. Each developer will have to fight to impress an esteemed panel of judges to unlock additional levels of support or risk elimination. Host Mitch Leslie will guide the audience through the challenging process of game development, capture the personal stories of the contestants, and follow the exciting journey of the next big idea in game development.

On joining the show Leslie said, “With the rise of web3, there’s never been a better time to be a gamer. I am beyond excited to take this journey with our talented developers, as they look to leverage the power of blockchain and the Internet Computer!”

“We are so excited to share what Achievement Unblocked has to offer with the world and are overjoyed to have such an incredible, dedicated industry professional as our host,” says Felix LaHaye , Founder and CEO of United Esports. “So often we see independent game developers who want to pursue their artistic vision, struggle with a challenging, obstacle-ridden path. This is why we created this competition series, and we look forward to helping the next generation of developers break through traditional barriers and launch their games victoriously on Achievement Unblocked .”

In a new twist on the traditional ‘competition series,’ Achievement Unblocked will provide grants, mentorship, technical support, and seminars all throughout the program, giving the competition’s top developers the ability to earn funding to support their continued efforts, as well as monetary rewards for rising to the top. But what truly sets this series apart from all other competition shows is that although elimination may signify the end of a developer’s journey on the series, it does not mean the game development, or funding, has come to an end.

As part of a larger initiative, the DFINITY Foundation and United Esports want to pave the way for independent game developers everywhere, by providing access to the funds and resources needed to turn their dream game into a reality. Currently, with $220 million available in funding, the DFINITY Developer Grant Program is catalyzing the growth of the Internet Computer ecosystem and making it accessible and approachable to more developers around the world.

For those ready to be part of the future of game development, the opportunity is NOW. Achievement Unblocked is currently accepting applications to join this first-of-its-kind series through March 31st, 2022 .

To register and learn more, visit dfinity.org/achievementunblocked
The competition starts in Spring 2022.

About United Esports
United Esports is a leading North American esports media organization founded in 2018 by industry thought leader Felix LaHaye . United Esports is the proud creative partner and gaming agency of record for many global brands, and has earned multiple industry campaign of the year awards for their work. United Esports is present across three spaces in the gaming world: Media & Marketing, Esports Bars (Meltdown Esports Bars) and competitive esports investments (PSG Talon, Beastcoast). Additional information can be found at www.unitedesports.com .

About The Internet Computer
The Internet Computer is the world’s first public blockchain running at web speed with internet scale. A revolutionary blockchain technology that empowers millions of entrepreneurs and developers (via the Internet Computer Protocol, or ICP) to build dapps, DeFi, pan-industry platforms, websites, and enterprise systems to rebuild and reminage everything on the internet. It is created by the DFINITY Foundation. There are already several games running on the Internet Computer: Rise of the Magni, HexGL, Welcome Into the Metaverse, Saga Tarot, and Reversi. These games are running entirely on-chain, a first for crypto.