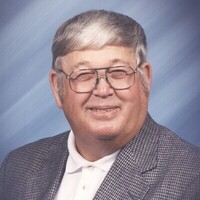 He was retired from AP & L- Entergy after 37 years of service.  Bill retired as a serviceman at Sheridan.  He was a 50-year member of Lonoke Masonic Lodge 51 and also served in the National Guard for 12 years.

Bill graduated from Benton High School in 1957 where he was an outstanding football player, an all-District and three-year letterman for the Benton Panthers.  He was always friendly, full of fun, and was voted wittiest in the “Who’s Who of Benton High School”.

High school sweethearts, Bill and Fairy Justice were married in 1957.  They then moved to Lonoke and raised two children.  They enjoyed a busy life with lots of camping trips and always a great summer vacation.

Later they moved to Sheridan and realized their dream of a mini-farm, complete with the horses they had always wanted.  They were very active in the Sheridan Riding Club.  They were blessed with four grandchildren who kept them busy with their many activities.  At family gatherings, Bill always had stories ready to tell- many of his childhood.

After retiring, Bill and Fairy moved back to Benton.  They were blessed with two great grandchildren.  Bill enjoyed going to McDonalds (before COVID) just about every morning for round table talks.  He always had a tale to tell.  Bill also had a poker group that played once a week.  The couple became interested in old cars and were active in the Dixie Car Club.  Before Bill’s declining health, they attended Sharon Missionary Baptist Church.

Above all, Bill loved his family so much and was always there to offer his help.  He was a good, honest man and a good provider.  Bill never met a stranger, and his funny & entertaining stories will be forever missed by family and friends.

Funeral services will be 11:00 a.m. Monday, April 11 at Ashby Funeral Home with burial at Rosemont Cemetery.

Beverly was preceded in death by her husband, J. Lee Cazort; and her adoptive parents, Grady and Ala Mae King.  She leaves behind her precious sister, Marie McLaren.

Beverly adored cats and enjoyed the five cats she took care of with her sister in their home.  She enjoyed finding small projects around the house to fix.  Despite being the younger sister, Beverly always tried to protect her sister, Marie.  Beverly was dearly loved and will be missed always. 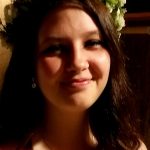 Bekah was a loving mother.  She was so sweet and kind to her family and friends.  Bekah enjoyed spending time outdoors, especially on float trips.  She was very clever and someone you could never fool.

Bekah was preceded in death by her husband, Jamie Bougher.

She leaves behind to cherish her memory her daughter, Jade Sky Bougher; brothers, Chris Jr. and Samuel; sister, Haley; mother, Jennifer Romine; father, Chris Thornton; step-father, Cecil Sorrells; and many more family members and friends who love her dearly and will miss her always.

He was born September 2, 1986 in Longview, Texas to Kathryn Page and the late Randy R. Kimble. 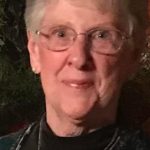 She was born April 24, 1941, in Superior, WI to Clyde and Esther (Anderson) Waltenburg.

Preceding her in death were her husband, Richard “Dick” Welch; parents; six siblings; and one granddaughter, Rebecca Welch.

Dee was a devoted Christian, wife, mother, grandmother, great-grandmother, and friend and will be forever in the hearts of her loved ones.

In her working years, Dee was a Licensed Practical Nurse and worked as a school nurse.  She volunteered for many years at Saline Memorial Hospital.  She was a dedicated servant to her family, community, and church.  She was a member at First United Methodist of Benton and volunteered with her husband at CJCOHN in Benton.  Dee crocheted beautiful afghans for each of her family members, which are loved and cherished.  She also made handmade gifts of Christmas ornaments, scrubbers, and so many other special items.  Dee was an incredible cook and made the most amazing desserts.  Some of her specialties included scotcheroos, almond bars, brownies, cut out and decorated sugar cookies, spritz cookies, and many other delectable desserts.  She and her husband would make delicious dinners together, which were not complete without at least a few of her favorite salads.  Family always knew when they would come home to visit, she would have their favorite foods and desserts waiting for them.  Family was most important to Dee.  She was grateful for the rich family heritage that started in Superior, Wisconsin and has remained constant through the years.

Visitation will be held from 1:00-2:00 PM, Monday, April 11, followed by memorial service at 2:00 PM, at First United Methodist Church, 200 N. Market Street in Benton, Arkansas.  Memorial donations can be made to that same church. 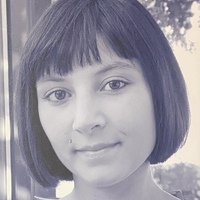 Celeste Vaughn Cole-Kelly, 36, of Bryant, Arkansas passed away on Friday, April 8th, 2022. She was born to Tommy Cole and Margie Parker on Tuesday, October 22nd, 1985, in Lubbock, Texas.

Celeste was an amazing person. Her witty and sarcastic sense of humor always brightened the room. She was full of life and full of fun! Even though she was stubborn and hardheaded, she was so loving and caring. She had a huge love for animals and was never shy to bring home stray dogs.

She graduated from Bryant High School with honors and pursued college at UALR where she graduated with her double Bachelors in Chemistry and Biology. Her vocabulary was very impressive—she was very articulate. She was an amazing writer. Celeste was extremely smart and creative. She loved cooking and baking and was always creating different dishes. She was considered very organized, and she loved music. She wasn’t very athletic, but she definitely tried. She enjoyed horses and horse riding. According to Margie, she wanted to be a horse when she grew up!

She is preceded in death by her stepfather, Robert Parker.