Fannin County, Texas — The newly restored 1888 Fannin County Courthouse seemed to be looking out over the Bonham Square like a proud father, but not even architect Wesley Dodson Clark’s three-story limestone tower of justice could be the star on this day. The rededication ceremony held Thursday, March 10, 2022 was a day to celebrate a remarkable accomplishment by the people of Fannin County. 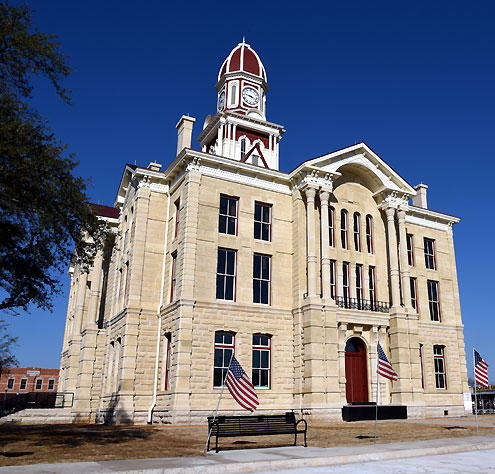 “You made this happen,” Fannin County Judge Randy Moore said as he looked out at a crowd of hundreds gathered at the courthouse. 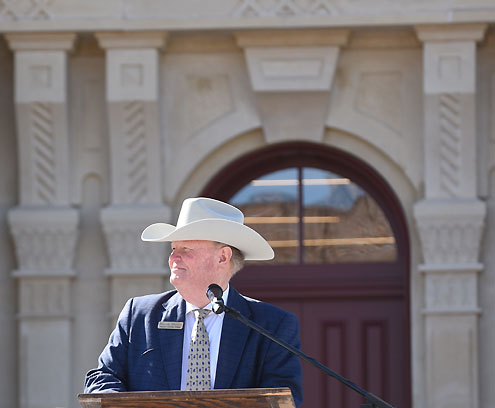 John Crain, Commissioner of Texas Historical Commission, called the difficult restoration of the Fannin County Courthouse “one of our favorite projects.” 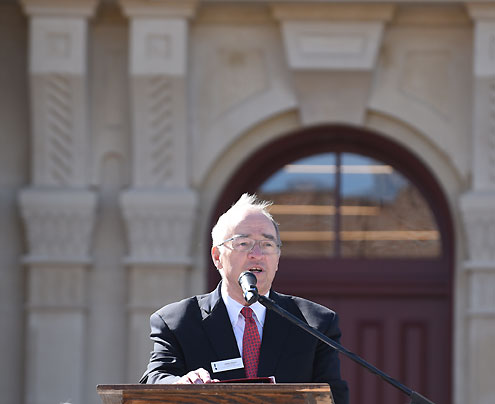 “Our courthouse program is a catalyst for counties to act,” Mr. Crain remarked. “Fannin County residents need to be recognized for their commitment to historical preservation.” 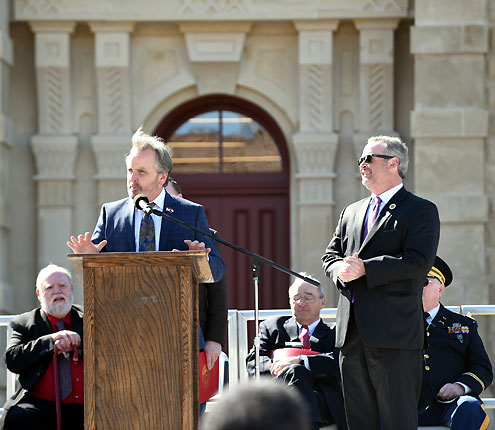 “Let this courthouse remind us that we can do great things if we pull together,” stated former Fannin County Judge Butch Henderson.

Another former Fannin County Judge, Spanky Carter, said he has often been asked the secret to successfully take on a project of this magnitude.

Ms. McCutcheon worked tirelessly for years “to restore the grandeur” of the 1888 Fannin County Courthouse, but she was quick to give all the credit to the people of Fannin County. 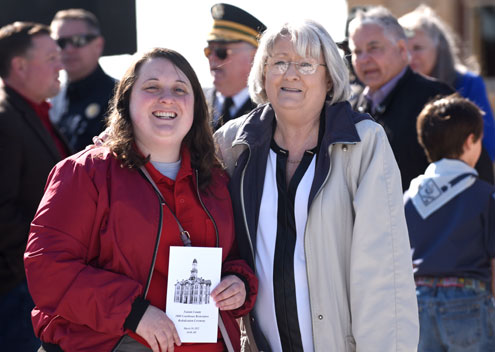 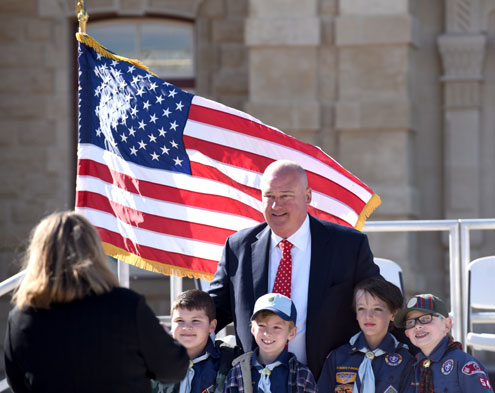 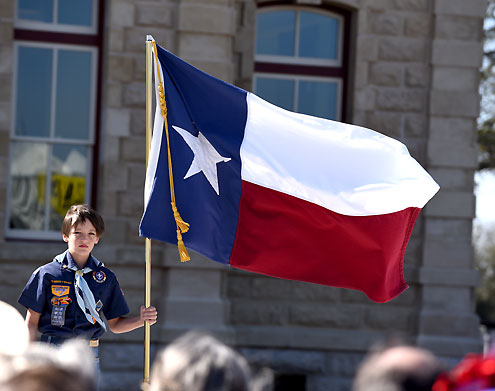 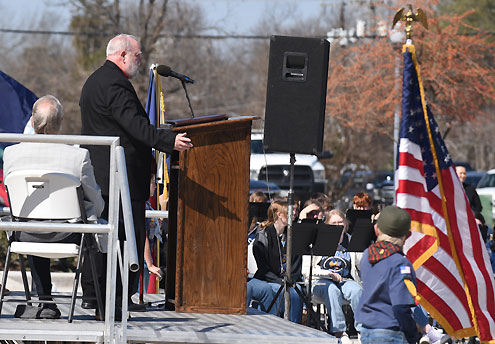 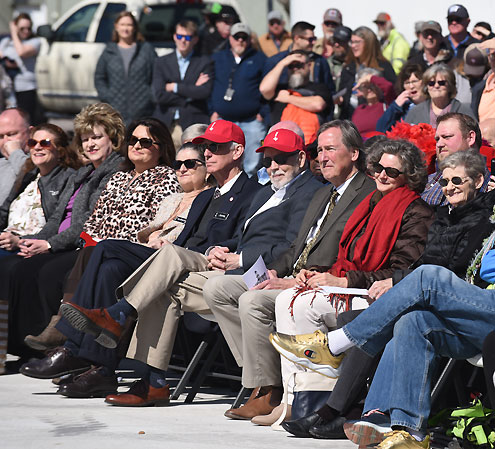 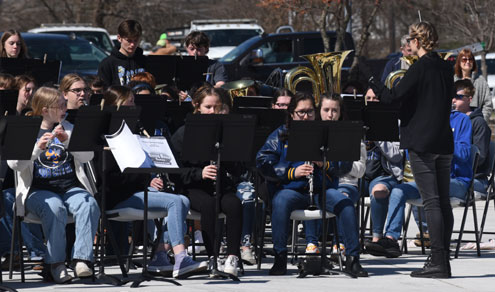 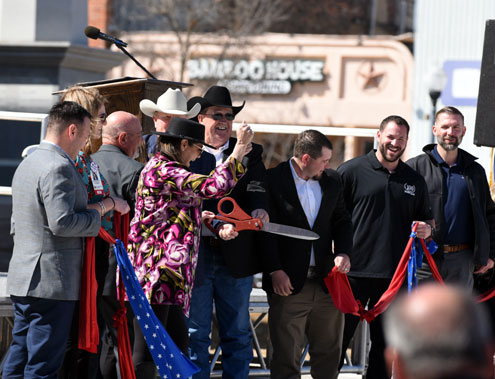 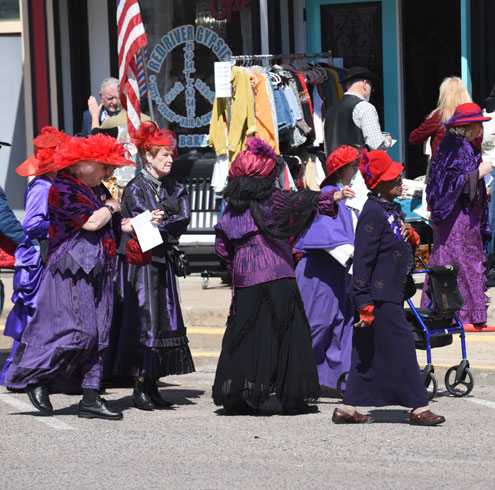 Ladies from the Red Hat Society tour the Bonham Square 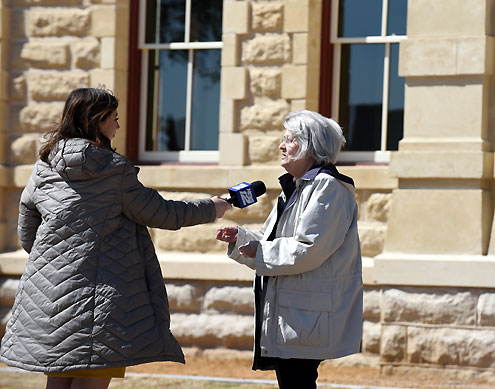 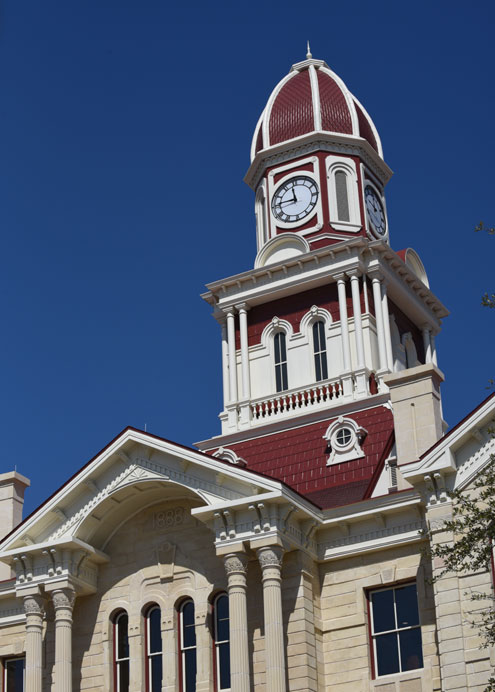 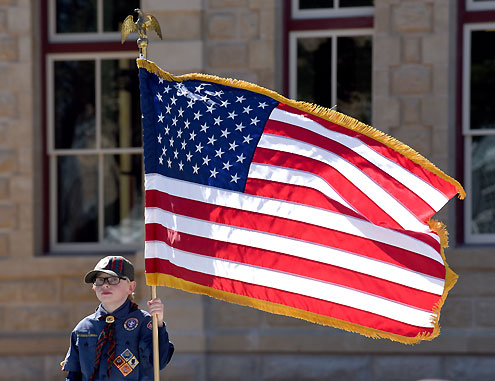