All four remaining unbeaten teams in the MaxPreps Top 25 concluded regular season play as postseason action begins to heat up around the country. No. 4 Bishop Gorman, No. 6 Centerville, No. 24 Garfield and No. 25 Weddington enter postseason play as favorites to capture their respective state championships.

Texas’ UIL postseason pairings will be announced Sunday as all eyes turn to the Class 6A draw to see where top-ranked Richardson and No. 2 Duncanville fall in the state tournament field.

The Florida state tournament begins this week as No. 3 Calvary Christian Academy and No. 19 Dr. Phillips each start their quest for consecutive state championships. Dr. Phillips slipped up in district play earlier in the week but looks to recover against a challenging Class 7A field. 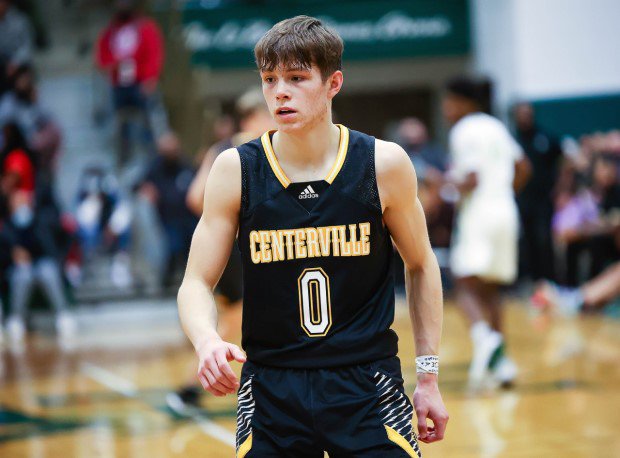 Gabe Cupps and Centerville remain at No. 6 after wrapping up regular season play unbeaten.

Close out regular season play against Waco on Tuesday. The Panthers will likely have an opportunity to avenge their only loss to top-ranked Richardson on their quest for a third consecutive UIL Class 6A state championship.

Four-star junior Carl Cherenfant made the game-winning basket in the Eagles’ 51-49 victory over North Broward in the Class 4A District 13 title game. Begin FHSAA Class 4A state tournament play with Hallandale on Thursday.

Wrapped up regular season play unbeaten with an 85-72 win over Huntington Prep (Huntington, W.Va.). The Elks were paced by junior Indiana commit Gabe Cupps, who had 30 points and nine assists, while senior forward Rich Rolf chipped in 28.

Nebraska signee Jamarques Lawrence led the Lions in scoring both games last week, going for 16 points, six assists and four rebounds in a 73-61 victory over Westfield and finishing with 15 points and six rebounds in an 85-42 blowout of Linden.

Close out regular season play on Friday with a highly anticipated showdown against Simeon (Chicago) at the Proviso West Showcase. The Hilltoppers look to complete an unbeaten regular season against in-state opponents after their lone loss against No. 9 Sierra Canyon on Feb. 5.

The Bengals have now won 30 or more games in three of the past four seasons. They begin their quest for the program’s 12th state championship on Saturday after receiving a bye through the first two rounds of NCISAA Class 4A state tournament play.

The Cardinals close out regular season play Tuesday against Christ the King (Middle Village). With a win, this group is likely to remain the top-ranked team out of the Empire State heading into postseason play.

A pair of games remain in regular season play as the Crusaders face St. Raymond (Bronx) tonight before taking on St. Frances Prep (Fresh Meadows) on Tuesday. Avenged a loss to St. Michael Academy (Bronx) earlier in the season with an 80-47 blowout win last week.

Lost to Olympia (Orlando) 69-65 in the Class 7A District 5 championship game. The Panthers look to regroup with an opening round FHSAA Class 7A state tournament contest against Newsome (Lithia) on Thursday.

Pulled off an impressive 55-52 comeback victory over Christ the King (Middle Village), led by a game-high 24 points from three-star junior Jayden Reid. The Crusaders close out regular season play this week with three games beginning with a Monday tilt with Dwight (New York).

Complete regular season play with a contest versus Spring on Tuesday before beginning postseason play. The Mustangs will likely have to go through No. 1 Richardson and No. 2 Duncanville to capture the UIL Class 6A state championship.

After trailing 49-41 entering the fourth quarter without four-star guard Koren Johnson, who had fouled out late in the third, the Bulldogs mounted a gritty comeback to defeat Seattle Prep (Seattle) 67-60 in the Metro League championships game.

Closed out regular season play unbeaten after a pair of wins over Marvin Ridge (Waxhaw) last week. The Warriors begin conference tournament play Wednesday after a first round bye.

Prior to the 2021-22 season, MaxPreps adopted a split approach to the rankings. The MaxPreps Top 25 is a measure of public and private schools belonging to recognized governing bodies that compete for state championships. The National Top 20 encompasses a broad spectrum of sub-collegiate programs that in most cases are not full members of state-level governing bodies and do not compete for state championships.