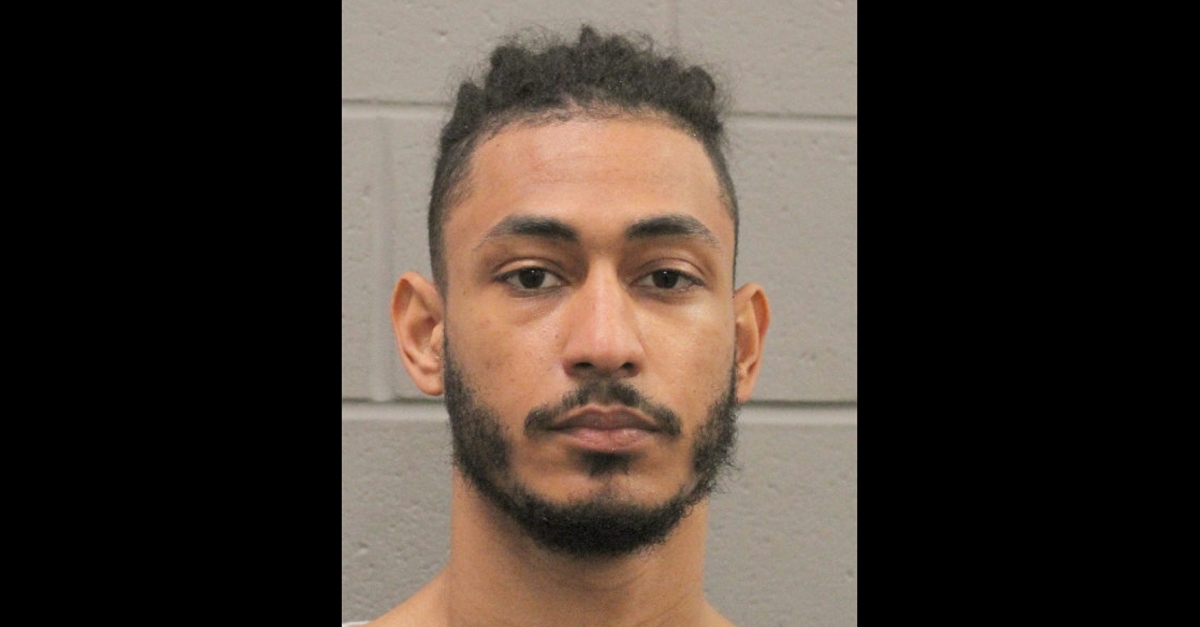 A Texas man allegedly strangled and dismembered a young woman, according to cops in Houston, Texas. The investigation began as a missing persons case regarding victim Sara Goodwin, 18, but officers said the case was solved in striking fashion after defendant Henry David Cossette, 28, set fire to his apartment and confessed the homicide to first responders.

Friends reportedly said they realized something was wrong when Goodwin’s phone went dead.

“And it just shut off, just like that, in those apartments,” Annissa Henderson said, according to KHOU. “No contact. No new messages. Messages weren’t getting sent. We just knew.”

Friends said they found the device at the Victoria Park Apartment complex on S. Corner Street. The friends said they managed to get surveillance footage from a car dealership showing Goodwin getting into a car, which they described as a 2015 to 2017 four-door, gray Honda CRV. Community activity Quanell X said that, according to local sex workers, the person inside the vehicle had a gun.

Jessica Finn said Sara was involved in sex work, but noted that her friend’s circumstances at home were complicated.

“She has a 15-year-old brother that she will die for… that she basically raises,” Finn said.

Family and friends of 18-year-old Sara Goodwin are asking for the community’s help. Goodwin has been missing since Feb. 6. She was last seen in the area of S. Course Drive and Bissonnet Street in southwest Houston. https://t.co/5eCwOg5dAr #khou11 @BFordKHOU

Houston cops said in a press statement Tuesday that officers and firefighters responded Saturday to a fire set on purpose at 8600 South Course Drive.

“Cossette was found inside the apartment and he admitted to killing a 19-year-old woman and leaving her body in the 1800 block of Fellows Road in south Houston,” cops said. “Remains of the woman’s body were recovered.”

Positive identification is pending, but based on Cossette’s statements, detectives believe the victim is Goodwin, officers said.

The suspect strangled her to death using his hands, according to the criminal complaint. Court documents state Cossette owned the burned apartment in question.

Cossette is currently locked up in Harris County Jail. Authorities are set to examine whether he has a mental illness or intellectual and developmental disability.

“The notification presents credible information that may establish reasonable cause to believe that the above-named Defendant is a person with mental illness or intellectual disability,” stated a filing signed Tuesday by Harris County Hearing Officer Jim Callan.

Have a tip we should know? [email protected]