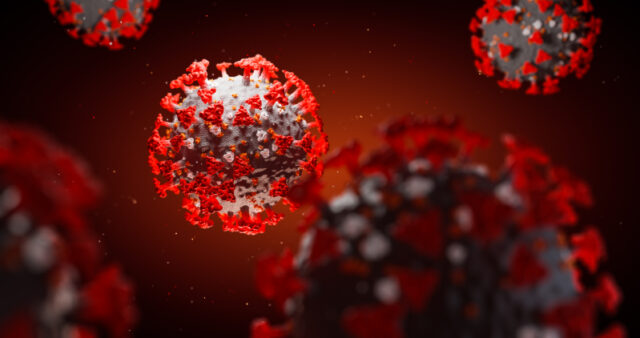 EAST TEXAS – First, the good news. The numbers of COVID-19 cases are continuing to decline. Now, the bad news. New reports are indicating the COVID-19 pandemic may have been three times deadlier than the reported death toll suggests.

In a study conducted by the University of Washington’s Institute for Health Metrics and Evaluation, it has been reported researchers estimate that from the start of 2020 through the end of 2021, there have been at least 18 million more deaths than they would typically expect over the course of two years. But official reports through the end of 2021 show that less than 6 million people had died directly because of Covid-19, according to the study.

An article published by CNN indicated, “Some of this excess mortality may have been missed in official counts due to lack of diagnostic or reporting resources. But some may be attributed to other indirect effects of the pandemic, such as lack of access to health care, behavior changes during lockdowns or economic turmoil. There was not enough data to distinguish the cause of death.”

Across the state of Texas, the Texas Department of State Health Services (TxDSHS) reported 2,690 (last Thursday 2,274) newly confirmed cases of COVID-19 along with 135 (last Thursday 98) related fatalities, on Thursday, March 10.

So far in 2022, the TxDSHS indicated on March 10, there have been 453 confirmed cases in Houston County. There have also been 107 reported deaths since the pandemic began in 2020. On March 3, there were 437 confirmed cases and 106 deaths.

The first cases of COVID-19 were reported in Houston County on April 17, 2020, when it was learned three individuals had tested positive for the virus.

Meanwhile, in Anderson County, it was announced on Thursday, March 10 the county had a total of 275 active cases. There have also been 7,534 recoveries and 117 reported deaths. On March 3, there were 388 active cases and 117 deaths.

On Tuesday, March 31, 2020, it was reported Anderson County had its first confirmed case of the virus.

The Messenger first started tracking the spread of the virus in the East Texas area on Wednesday, March 25, 2020. At that time, TxDSHS reported 974 confirmed cases of the Coronavirus Disease and 12 deaths throughout the Lone Star State.

Also, on that Wednesday, the TxDSHS indicated 82 out of 254 counties in the state of Texas had at least one confirmed case of COVID-19. Of those counties – as of March 25, 2020 – the only county with a confirmed case of the Coronavirus bordering Houston or Anderson County was Walker County.

Moving to the national stage, according to the Centers for Disease Control and Prevention (CDC), along with the World Health Organization (WHO) and the Johns Hopkins Center for Systems Science and Engineering (CSSE), as of March 11, across the US there have been 79,472,447 confirmed cases of COVID-19 – an increase of 270,125 from March 4.

Will Johnson may be contacted via e-mail at wjohnson@messenger-news.com.